This $1.4M construction project in the City of Wilmington consisted of 2,900+ linear feet of new roadway from US 68 and Cuba Drive. The purpose of the project was to provide safer and more efficient access for 900+ employees to and from the adjacent Ahresty Corporation; the world’s leading die casting producer. Additional construction activities involved the widening of US 68, re-profiling Cuba Drive, traffic and railroad signaling, and various utility extensions.

A groundbreaking for a new road connecting US 68 South to Cuba Road, south of Wilmington, will be at 11 a.m. Tuesday, June 7.

The total project cost is estimated to be approximately $1.9 million, with most of the funding coming from grants applied for by the Clinton County Regional Planning Commission and private support.

Financial support from the Ohio Public Works Commission (OPWC), Jobs Ohio, the Ohio Department of Transportation, Jobs and Commerce, and a donation from the Ahresty Wilmington Corporation will cover approximately 90 percent of the project costs with the City of Wilmington, and land donation contributing the remainder.

Cox Paving was awarded the contract for the road work, with a projected start date in mid-June and an expected finish date of Nov. 15.

The impetus to construct was recent expansion at the Ahresty Wilmington Corporation, which now employs 868 workers, and has historically had safety issues and concerns caused by the current railroad crossing at Ahresty Wilmington Corporation, according to a press release. As part of this road project, a new public at-grade rail crossing will be constructed with warning devices, lights, gates and a traffic signal on US 68 South.

The 2015 Union Township-Wilmington Land Use Map identifies this project as phase 1 of a two-phase connector between US 68 South and Airborne Road — creating a southern bypass around Wilmington. Phase 2 of the connector is not currently scheduled nor funded. 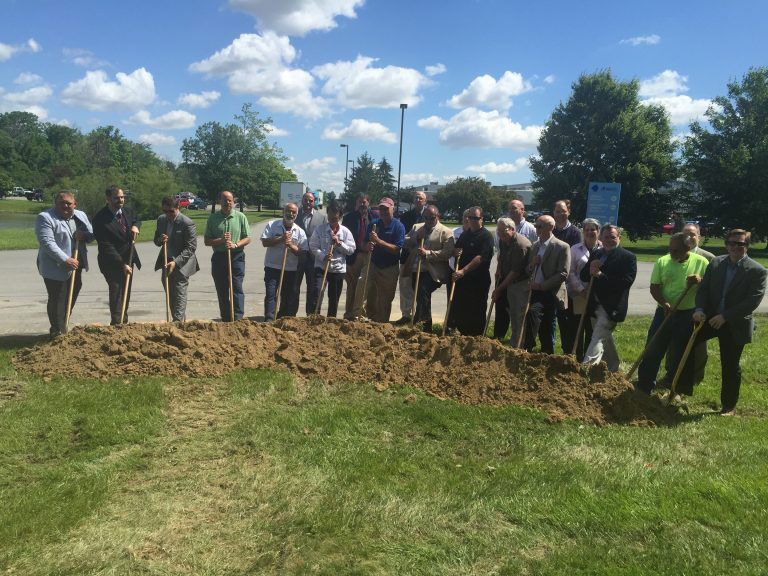