The 37th Street project, valued at $1.8 Million was a combination of Water, Sanitary, and roadway with Omnipro coordinating the project between three separate municipal facility owners. The project consisted of the replacement of water main and service replacement, as well as roadway reconstruction and sanitary work.

This project valued at $2.2 Million involved the realignment and reconfiguration of 55th Street in Stark County along with the replacement of a single span bridge structure over a creek bed. The project was required due to the deterioration of the existing structure on 55th Street. Traffic was carried on a temporary steel bridge structure in order to maintain traffic while the new structure was constructed.

This high profile design-build project ($200 Million Construction Award) involved the reconstruction of the I-71/I-670 interchange in Columbus, Ohio. The project included the demolition and construction of 21 bridges, roadway realignment, as well as micro-tunnel construction.

With the construction of a 0.50 mile roadway extension and overpass, this project created a direct east/west route from SR-4 to University Boulevard, providing much needed access, development, and safety for the 63,000 residents of Hamilton, OH.

This project consisted of extending Grand Boulevard westward to University Boulevard and over the four existing CSX rail lines by means of a 147’ single-span structure. This overpass eliminated the existing skewed at-grade intersection of the CSX lines and Central Avenue, improving safety and adding another east/west corridor to connect the bisected city. The contract work also incorporated publicly owned utility betterments and relocations, as well as environmentally conscious efforts by means of bio-retention cells, pervious pavement, and water quality structures. The project work also involved realignments, widening, and improvements to several roadways and intersections, along with associated traffic signals, sidewalks, and decorative lighting and fence within the project limits. 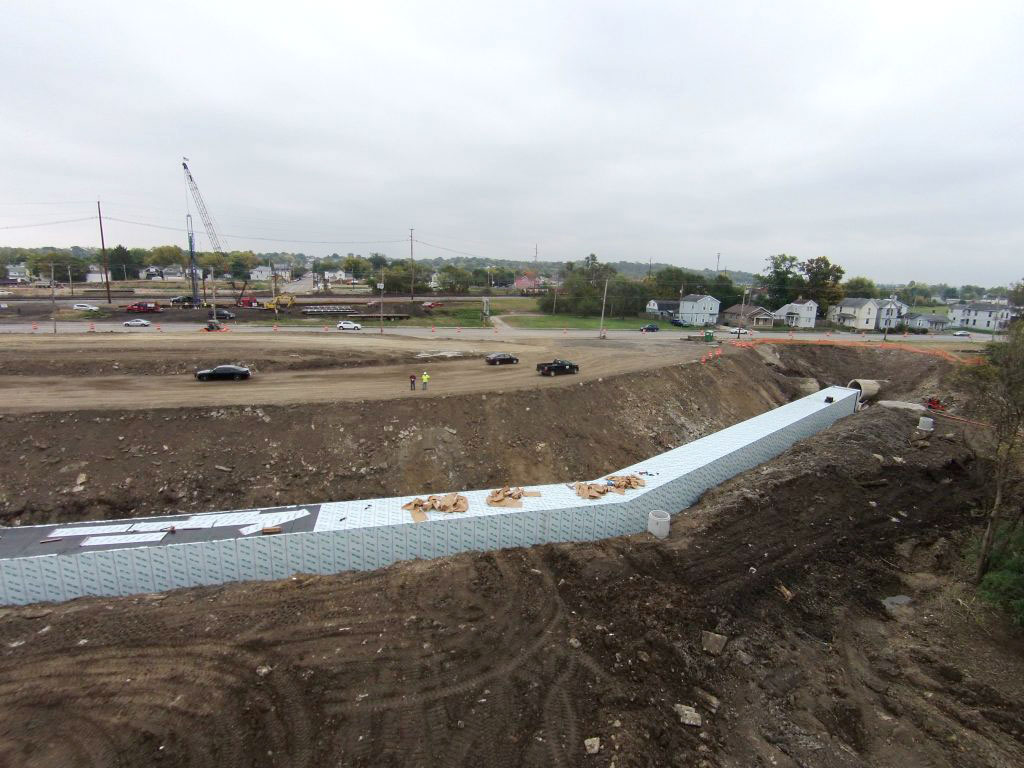 The $4.8M Werner Church Project consisted of the replacement of the existing Werner Church Rd. bridge over the Nimishillen Creek, reconstruction of approximately 1900 feet of Werner Church Rd. on a new alignment from the intersection of Applegrove Rd. and Middlebranch Ave to a point near Knollridge Circle.